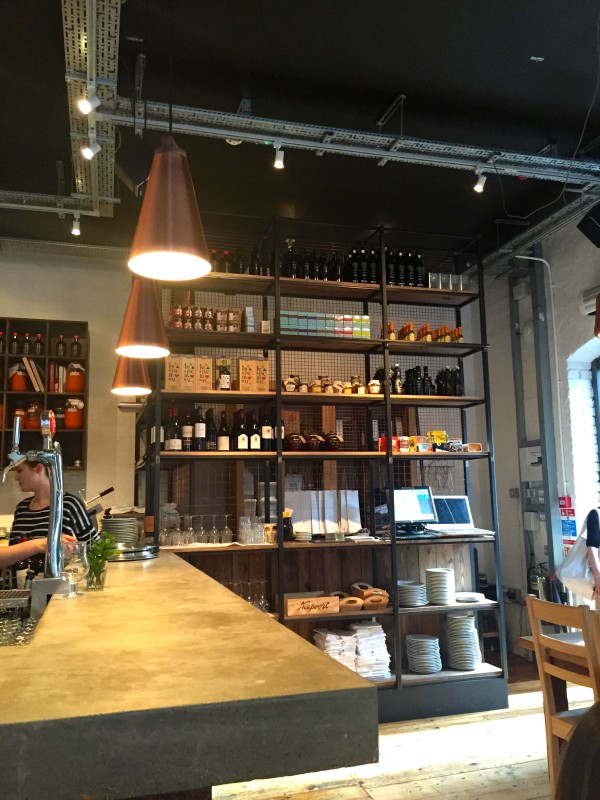 As a Portuguese person living in England and working in London I was really excited to hear about Nuno Mendes’s new place in East London. Taberna do Mercado is a little tavern-evoking restaurant serving typical Portuguese food. And for once, it really promised typical Portuguese food and not some adaptation, even though it has been upgraded to a more fine dining level. I had to go try it and soon!

The decor is simple, with the wood and metal combination giving it a modern feel. Open rack shelves filled with gourmet tins and jars dominate the room and house lovely Portuguese wine bottles that stand upright like soldiers. Familiar names populate the labels: Fernão Pires, Alselmo Mendes, Herdade dos Coelheiros… My heart races a little as I recognise home-things and memories start coming through like a slideshow.

The atmosphere is relaxed and casual but you still get the ‘urban’ feel of being in London, specifically in trendy London. This place is a few steps removed from the country it is trying to evoke but that doesn’t mean the food won’t deliver. I have to admit, however, that I was disappointed that the waiters and waitresses serving our table were not Portuguese. I know this shouldn’t matter. But it did. I wanted to converse with them in Portuguese and I wanted them to share their views with me as we discussed the dishes. I’m not quite sure you can have the same passion for ‘açorda’ and ‘alheira’ if you were not born in Portugal. But onwards and upwards… 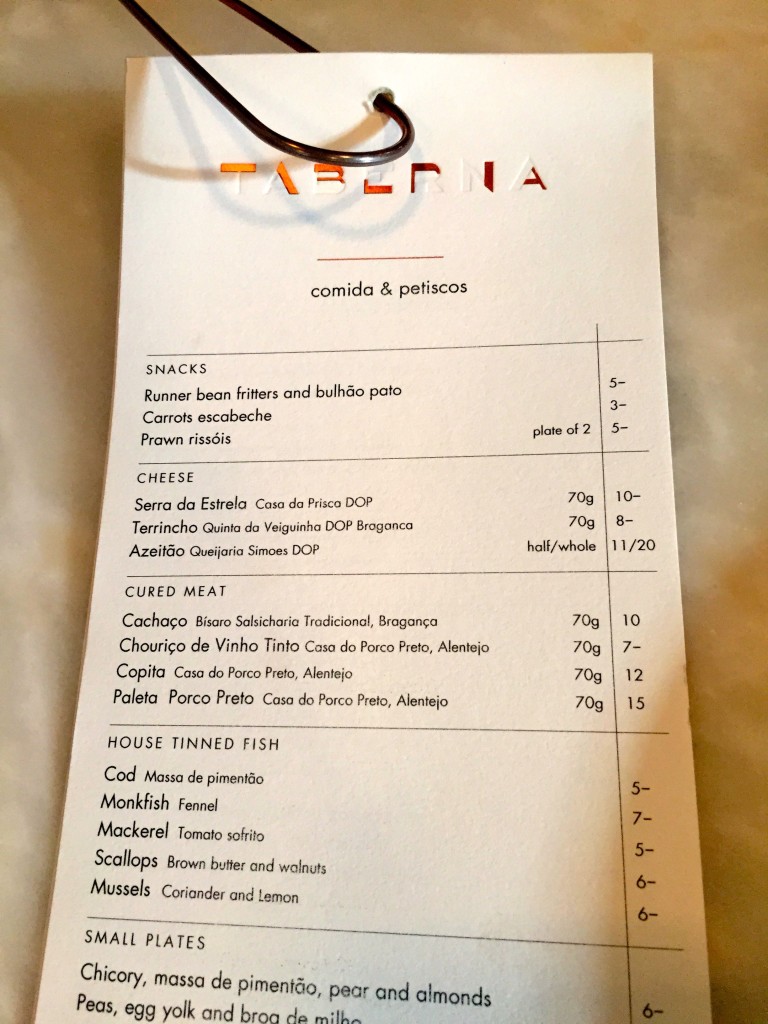 The wine list is interesting and diverse and the menu is tantalising. Cheese, cured meats and small plates of regional peasant food elevated to London standards in an attempt to justify the prices. The influences are mainly from the south region of Alentejo, with abundant coriander, bread, garlic and olive oil featuring in the dishes. I love the fact that Nuno Mendes has not translated the menu fully. He left the un-translatable things alone, emphasising their authenticity. Attention to detail is evident so I am sold before I even have the first bite.

We started with a runner beans tempura in a ‘bulhão pato’ broth (usually made with olive oil, clam juice, garlic and coriander, typical of the southern regions) which was divine. After all, tempura was invented by the Portuguese and taken to Japan by a missionary in the 16th century and this version managed to combine history with tradition. 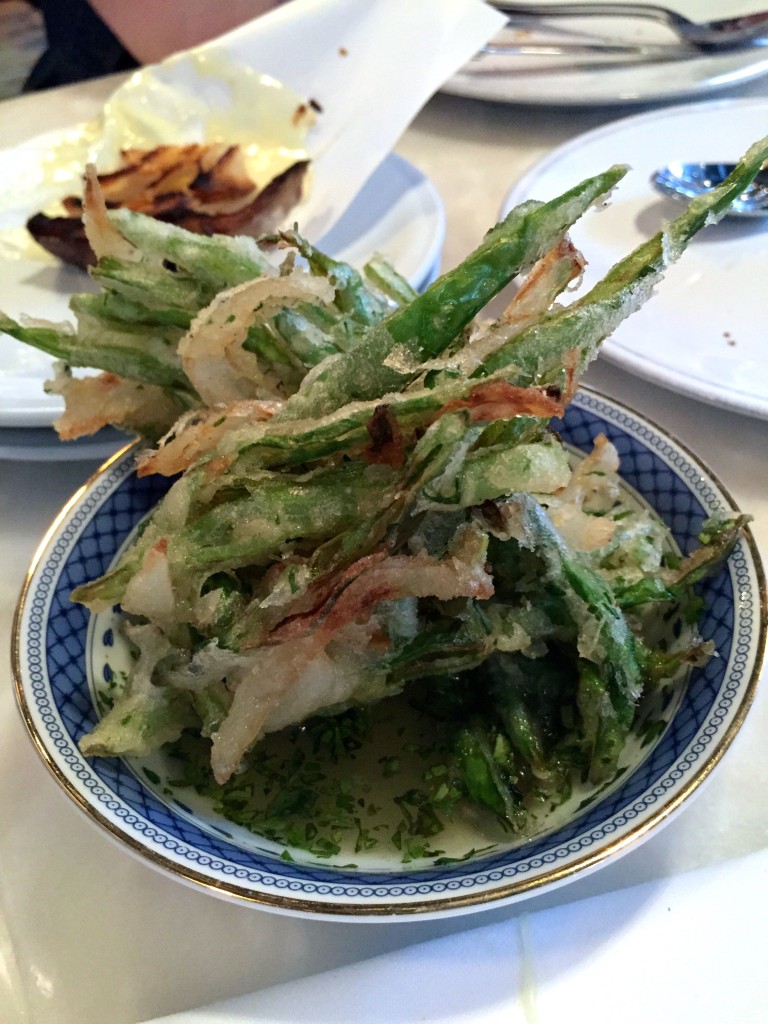 We also got ‘Paleta Porco Preto’, an intense black pig cured meat in lustrous thin slices we couldn’t stop eating. Black pigs are a happy Iberian species who range freely in the fields and produce top quality delicious meat. This one was no exception. 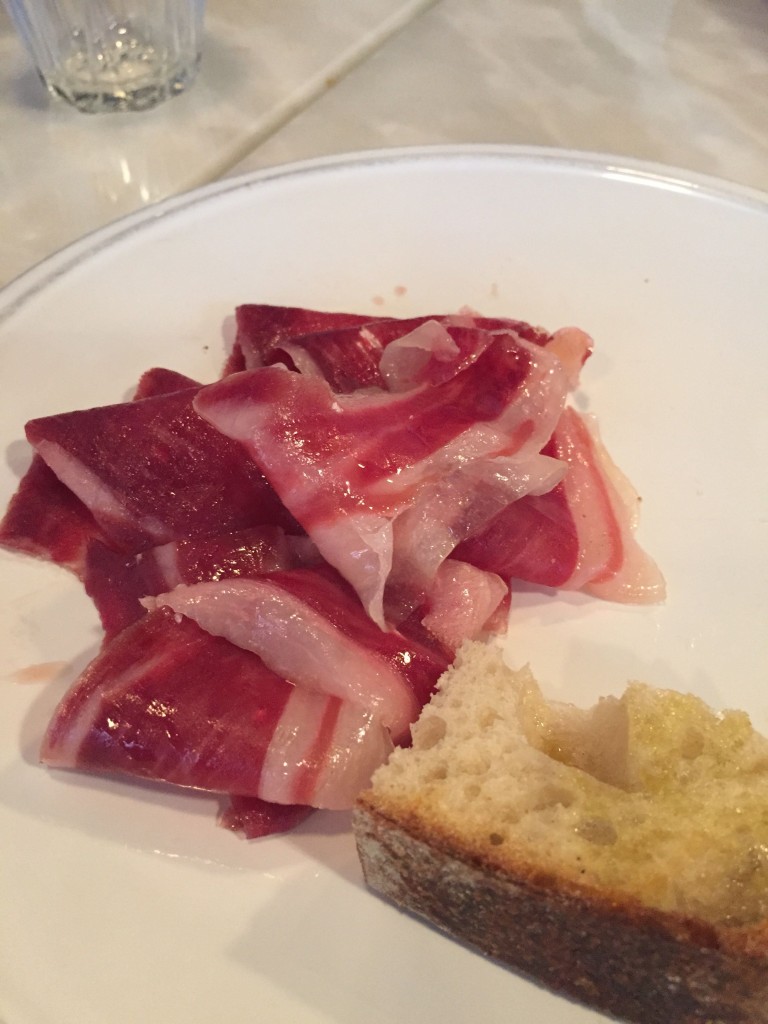 The peas dish was my favourite. It’s ridiculous, I know, peas are just peas and they are not exclusive to the Portuguese diet. But somehow this dish captivated me like no other here. Of course everything was delicious and authentic, but the peas were different, beautifully sweet and ever so slightly minty, the flesh giving in just a little for the perfect bite. Too splendid for words. The peas came with ‘migas’ which is a traditional Portuguese and Spanish dish made with stale breadcrumbs fried in olive oil and lots of garlic (check my own migas dish here if you want to have a go).

Taberna do Mercado peas and migas

We also tried the ‘rissóis’, a kind of pastry pillow which can be filled with all sorts and is then breaded and deep fried. These ones were prawn filled and tasted of the sea. The scallops were so astonishingly velvety, and the açorda (a traditional dish made with bread, water, garlic, coriander and egg) was sublime. 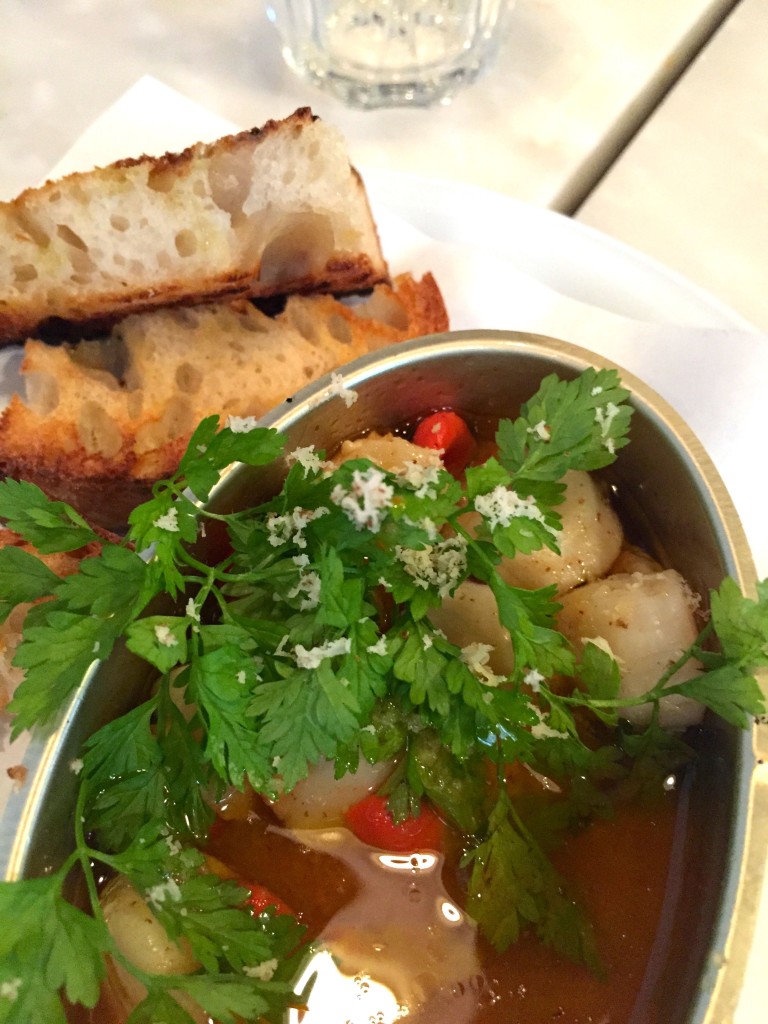 And if you go, don’t leave without trying the ‘alheira’ – a traditional game sausage with a unique flavour that you cannot find anywhere else in the world (as far as I know). It will feel like a warm hug and transport you to the Portuguese countryside.

Finally, all was topped with my favourite cheese of all – Queijo da Serra – a runny strong flavoured cheese made in the mountainous region of Serra da Estrela in the northeast of Portugal. It is a cured cheese made with sheep’s milk and usually eaten around Christmas time. This one was glorious, as tangy and creamy as it should be. 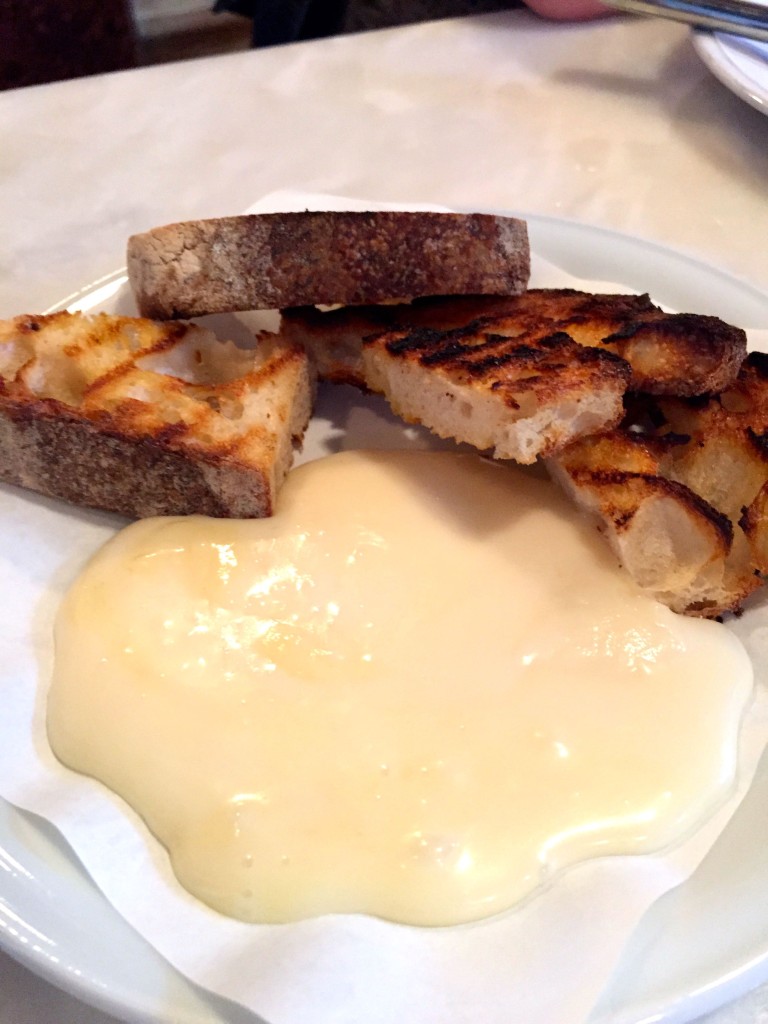 Adding another touch of authenticity, the food is served in Vista Alegre crockery, which takes me home once more and brings back memories of choosing my own Vista Alegre set as a teenager for the time I got married. This is a really nice touch that most people won’t even notice or know anything about Vista Alegre, but it shows that Nuno Mendes has an eye for detail and that these things matter to him, as they matter to me.

Coming from Portugal you need to come to terms with the fact that you will pay top dollar for dishes your Mum cooked at home on a weekly basis and that you can find in a lot of Portuguese taverns at a fraction of the price. However, you are not in Portugal. You are in London and there really isn’t anywhere serving this food with such authenticity and attention to detail. Furthermore, the versions served here have been elevated and crafted beautifully. I will be back.

Price: On the pricey side

Would I go again? Absolutely yes 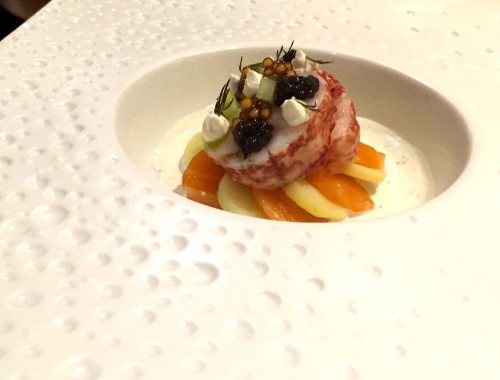