‘Green’ eggs with gammon and mustard

Green eggs (called ‘green’ because of the parsley) was something I used to eat all the time as a child. They are strangely addictive and if you think 3 eggs per person (what you find within a man-sized omelette) is a lot, think again. That’s 6 halves per person and I unashamedly admit that is a normal portion of green eggs for me. 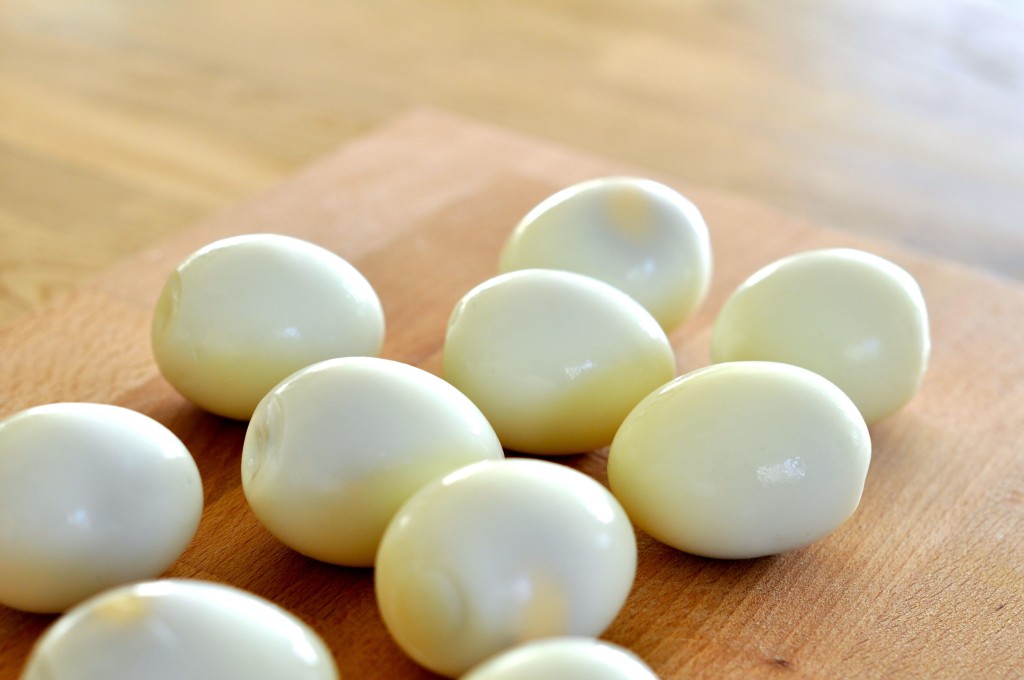 Green eggs always made my top ten favourite foods as a child and I would jump with joy every time I was told that we had “green eggs for lunch”. They are simple, peasant food but really lovely to eat.

In a few of the green eggs recipes I have seen in Portuguese food magazines, the egg mixture is bound with mayonnaise but I cannot stress the difference when you use olive oil as the binding fat. It is infinitely better (than you Mum for another little gem). 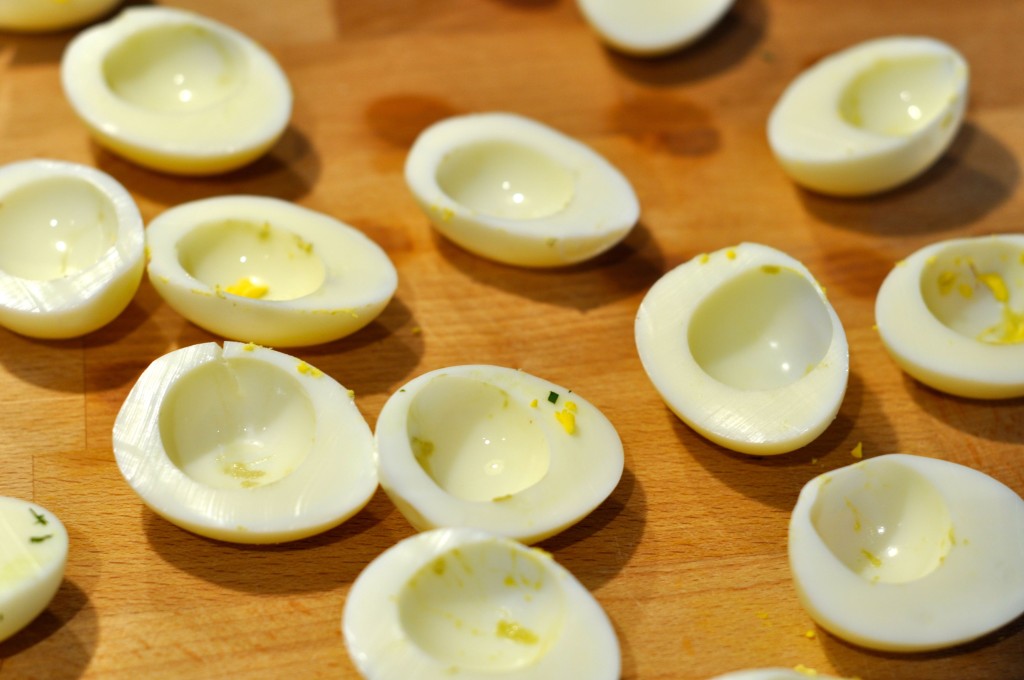 Besides their loveliness and the fact that they are both adult and child friendly, the other nice thing about green eggs is that you can mix whatever you think works with the yolks (e.g. tuna, pancetta, parma ham) and experiment with different herbs (e.g. chives, dill). Or if you are a vegetarian you can simply not add any meat or fish to the egg mixture and instead add spring onions or chopped braised leek. You can also make variations by replacing the mustard with pesto or any other ingredient you think will work. 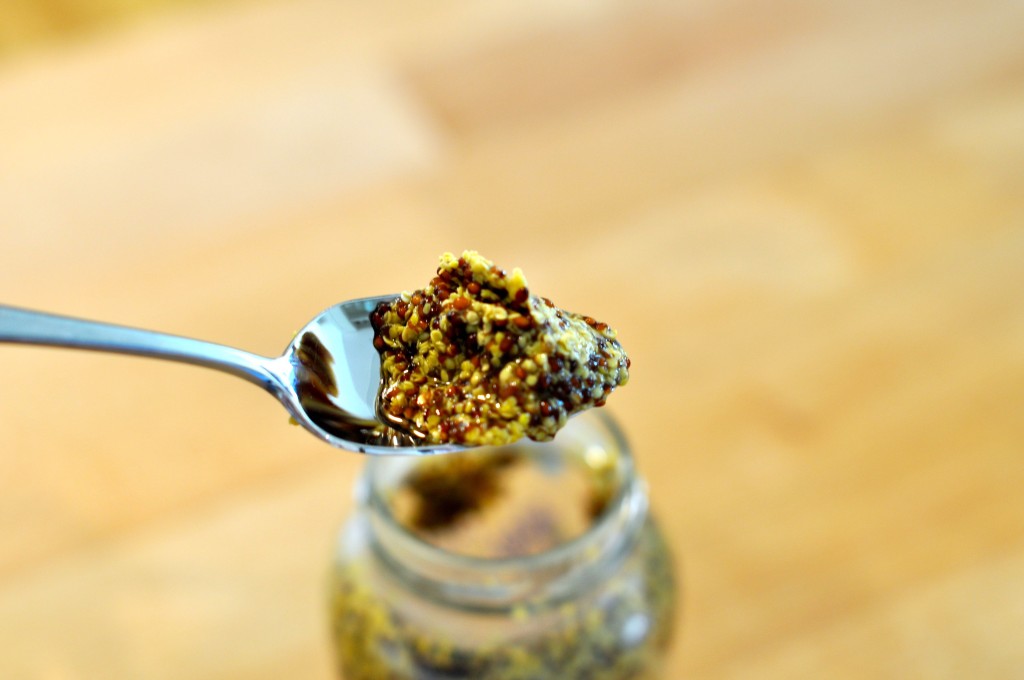 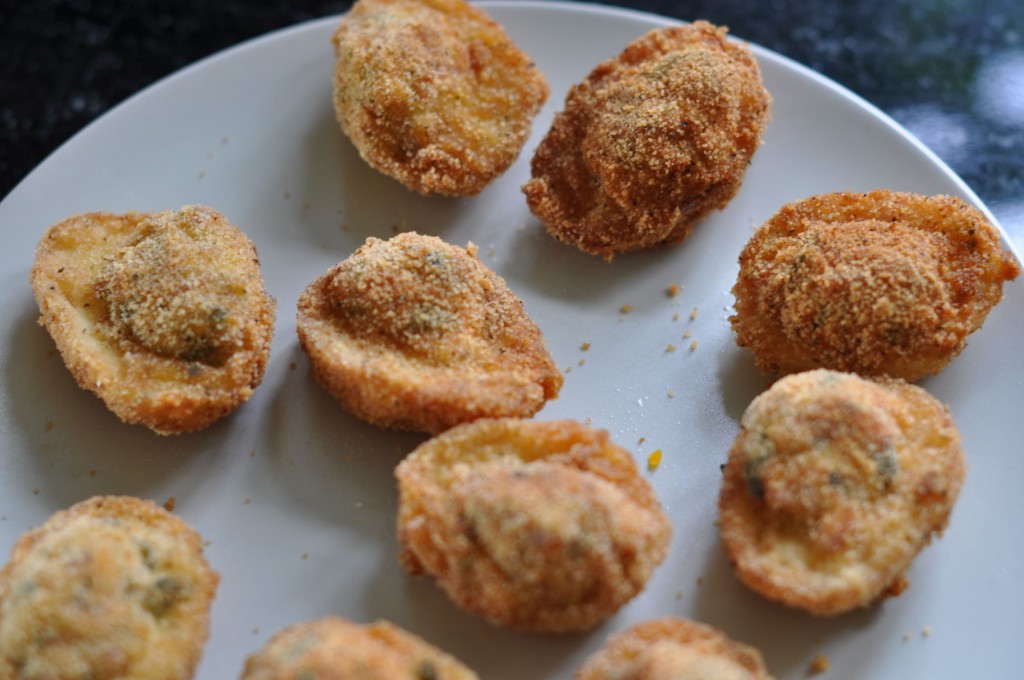